About 3 weeks ago I saw the amazing Siggraph 2007 film from Dr. Ariel Shamir on YouTube. Immediately I downloaded the document from Shamirs webside. This takes about 5 hours download time for an about 20 MB PDF file. A lot of people was interested in Shamirs work at this time. After reading the paper I understand how Shamir realized his idea. My big problem was my ignorance about image energy functions For example, history of Gradienst (HoG) is until now a unknown algorithm for me. After some days I saw the solution from Swieskowski in the net. He explained that he using a simple colour difference algorithm for the energy picture. That was something I learned in my study. Perfect, lets start the experiment to develop a small command line tool to shrunk the width of pictures. After some hours I generate the first shrunken pictures.

The Emirates Towers in Dubai. A really easy example. Because the shrunk algorithm just needs to remove the blue sky space between the towers. After that I tried this photo shot from the Colosseum in Roma

After that I realized that I am on the right way. Lets try a painting. 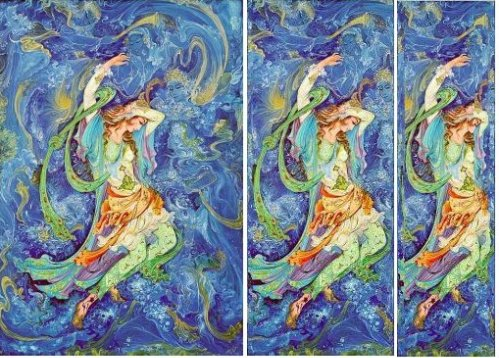 Not bad, but here you see a problem. The face on the right picture is distorted. Dr. Shamir found a solution for that problem. He creates a mask for important areas . So I tried to do the same. I used GIMP to create the stencil picture. 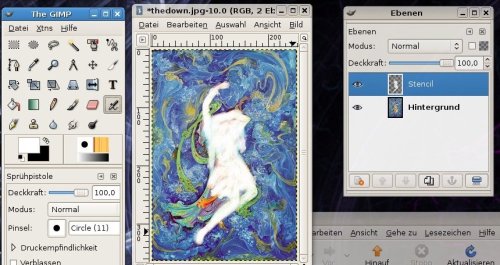 After rerun my small tool with the stencil picture the result is a shrunken picture without face distortion. 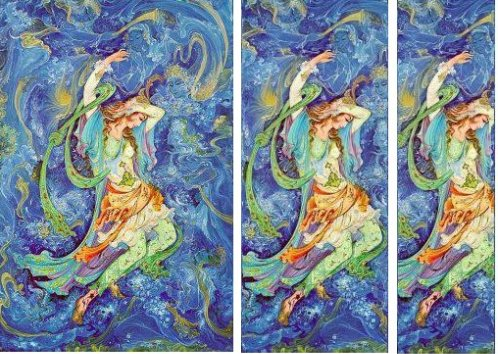 Another example with stencil.

Shamirs idea is genius and amazing easy to practise. My small hacked solution was done with C# under Linux, it took me about 3 evenings to develop this small solution. Bad is, that it is far away from realtime resizing.